Why Can't You Hear Me Now?

A case study in DAS Success

Why Can't You Hear Me Now? - A case study in DAS Success

Living in an increasingly connected and wireless world, everyone expects to have 100% access to the internet and other communications via their mobile devices.

The moment one needs to make a call, make a purchase, or get directions, and the coverage is weak or completely non-existent, it becomes a major inconvenience.

But it is not always about business or personal inconvenience. Rather many times, life-safety can be at risk, and first- responders and witnesses to events need to be able to communicate clearly and efficiently in a crisis. The in-building wireless (IBW) and distributed antenna systems (DAS) industries have evolved over the last decade or so.

But to ensure communications are consistent throughout a facility, whether it was below-grade parking garages, ‘dead- spots’ in certain areas of an office, or an entertainment venue hosting tens of thousands of visitors for a few hours.

But even as these systems have been improved and refined, they are now colliding with competing neighboring systems, public- access systems, wireless building controls, IoT/IoE, and soon, 5G. Thus, our wireless ecosystem is getting more crowded and dense, thus posing further risk to efficiency loss, interference, and of course, security breaches.

What’s more, this is becoming an issue or concern with nearly every kind of industry, or anyone operating out of any building.

This issue is not isolated to only financial, or government, but can affect healthcare, education, residential/mixed-use, retail, data centers, etc. 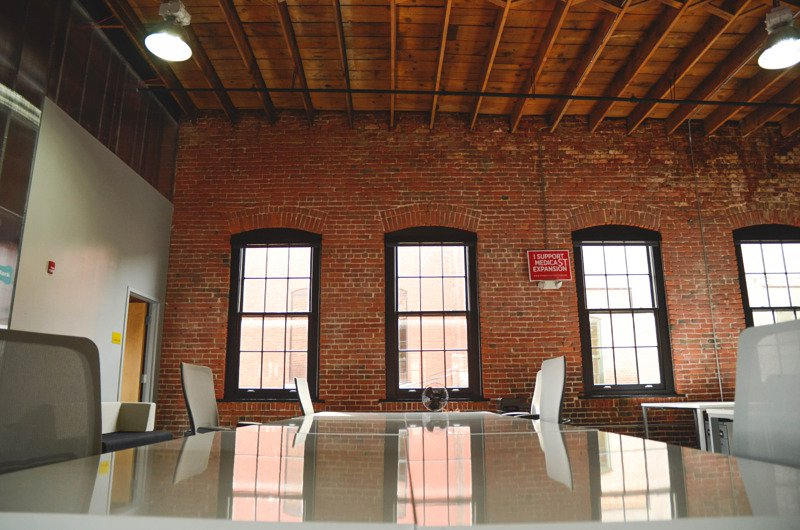 Signals Defense was asked to assist a high profile tenant in Washington DC, who was receiving an upgraded DAS to improve their indoor mobile voice and data coverage. This upgraded system ensured more reliable and robust connectivity for all users.

However, it was discovered that in certain locations of the facility, the DAS antennas experienced interference from the public or Macro service towers on the outside of the building. Certainly, an occupant who knows that new wireless service is being implemented, and then having their devices unable to connect, will have a major problem. Specifically, this can be known as Passive Interference Modulation (PIM). The mobile devices were actually conflicted as to which signal or service it should be working with. Thus was stuck in a state of weak or no connectivity.

After troubleshooting the new system’s equipment and software for errors, a reliable alternative was requested: Is there another way to isolate this office space, from the interfering outside communications? YES!

Commonly used radio-frequency (RF) shielding materials in security applications can provide significant benefits to a wireless efficiency problem such as what was occurring in this office space. Signals Defense installed its patented and proprietary RF/IR shielding window film on the perimeter glass of the offices experiencing this interference. In a matter of just a few hours, our personnel applied only the film to the glass, without needing to implement any other shielding on walls, ceilings, or floors. There was no impact to the occupants in the office, and when completed, there was no visible change to the appearance of the glass.

Within 24 hours of project completion, Signals Defense received a phone call from the DAS integrator, expressing their complete satisfaction with the performance of the film. “I didn’t doubt your product, but really couldn’t believe it solved our problem, immediately”, according to the project manager on site. Instantly, upon completion of the film installation, an RF signal differential was created, allowing the internal DAS system to operate without the unwanted interference from the outside.

And as a bonus, several other benefits were gained by the use of SD films: The client has a more energy efficient space thanks to the high IR and UV rejection capabilities of the film. And they’ve reduced unwanted wireless access to the office’s communications and equipment, by outside intruders.

If you'd like to be a success story too, reach out to Signals Defense here or share a printable copy by clicking the link below.