How Exactly Does 5G Work? A Video Explanation

How Exactly Does 5G Work? A Video Explanation

5G is the big new buzzword in tech these days, and it is certainly getting its fair share of coverage as it continues to roll out on a global scale. And while you can read up on this next-generation network here and elsewhere, the bottom line is that there's still quite a bit of confusion out there on how 5G actually works. We know it's a game-changer as far as networks are concerned and offers a bevy of upgrades over its 4G predecessor, but there's a lot out there that people don't yet know about 5G — and how exactly it works is one of them. We thought we would devote this post to explaining just that — how 5G works. Here's our layman's term explanation of it:

How Exactly Does 5G Work? The Highlight Reel

If you're able to access a 5G network today, you're likely to experience speeds up to 30 times faster than today's 4G LTE. But 5G isn't widespread yet, largely because there are so many different components (i.e., advanced antenna design, cell tower enhancements, etc.) that need to fully come together to make it work. Today, cell phones work by connecting to cell towers, which broadcast over a variety of channels to enable connectivity. Where does 5G fit into things and improve upon the existing systems that are already in place? Here's a look:

This video is not from Signals Defense but it is a great reference and easy to follow description of 5G and how it works.

What do you think about 5G? Are you excited about its potential? 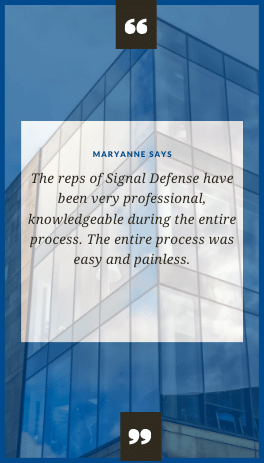