How to Protect Your Assets During Uncertain Times

How to Protect Your Assets During Uncertain Times

The year 2020 has so far been a period of unprecedented change in the United States and around the world. The COVID-19 pandemic temporarily shuttered businesses throughout the country and forced workers to transition from the company office to working out of their homes. And when you throw in the recent civil unrest that the country is currently in the midst of, it makes for some very unnerving times. However, during these uncertain times, it's important to safeguard your company and protect its assets - perhaps now more than ever before. With cyber theft becoming more prevalent to prey on vulnerabilities and the risk of break-ins on unoccupied businesses at an all time high, it's important not to let your guard down when it comes to protecting your assets. Failure to do so could put your building and/or operations even further behind than it may already be.

Here's a closer look at how to do it:

Like we said in the opening, it's important not just to protect your assets from physical threats, but from invisible ones as well. Here's a range of the tools and technologies to help you do it:

Physical threats are always something you must account for, but they're perhaps even more of a threat in these current times when many offices are still left sitting empty as employees work from home. Noting this, it can be tempting for a thief to attempt to access the property and swipe any confidential information that they could use to their advantage. And one of the most common ways thieves gain entry to a property is via the windows. That's where safety window films can come in handy. Containment glass safety films, which are designed to withstand sustained attacks by one or more individuals, can help prevent entry and reduce property damage. Even if the glass is broken, the films work to contain it upon impact, which can inhibit entry.

If you're concerned about armed intruders breaking into your commercial property, ballistic glass is a consideration. Fitting to the name, this type of glass is able to resist high-impact projectiles that it comes into contact with. Its effectiveness will subside with each initial strike, but it can help buy adequate time until help arrives. Not only does ballistic glass have the potential to greatly reduce the severity of property damage, but it can stop armed intruders in their tracks, potentially saving lives as well. 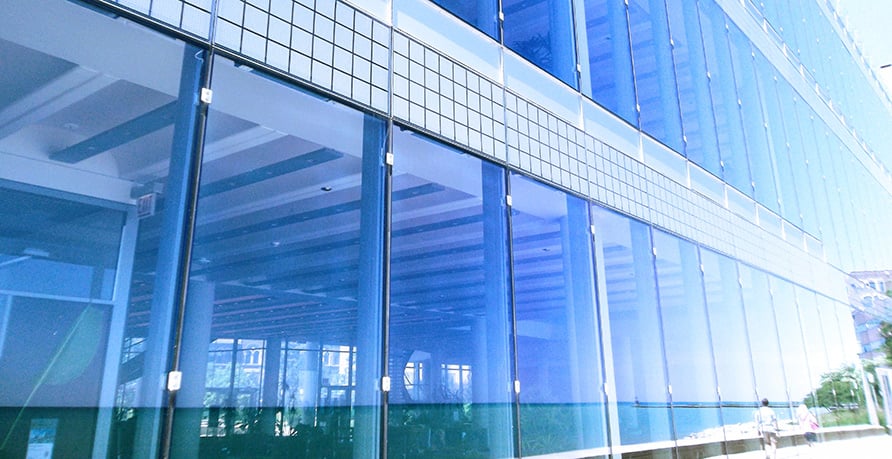 If an intruder can't see what's inside a building, it's likely that they won't attempt to enter it with physical force. That's the big value of frost window films. These films make a light glazing over the window, which makes it difficult for outsiders to see what's inside. If you don't like the look of frost window films, there are other products available to help minimize exposure into a property from the outside. These include the likes of window treatments (blinds, curtains, etc.), decorative window films and more.

Chances are that by now there's at least a limited number of staff back working in the office. And with workers again accessing systems and doing work over a Wi-Fi network, there's the risk of cyber thieves spying on your network from outside your office, and attempting to intercept RF (radio frequency) signals to gain access to confidential data. In fact, according to data from the FBI, reports of cyber theft have quadrupled since the COVID-19 pandemic began in March. The good news is that it's easy to keep RF signals from computers, phones and Wi-Fi networks confined to the building with the installation of RF window films and foils, or even RF-blocking paint.

RF isn't the only invisible threat you need to be aware of - so too is infrared, or IR, emissions. The good news is that many RF window films also effectively work to block IR signals. We encourage you to take IR protection just as seriously as you take RF protection.

There are several more safeguards you can protect your property with. One is a CCTV security system that can alert the authorities of a potential break in or any suspicious activity. Other ideas are safes and vaults to store valuables in.

What safeguards does your property currently have in place? With the current state of the country and world, it can pay - literally - to have some extra insurance in place to properly protect your company's assets. Just make sure that you're paying attention to both the physical and invisible threats. 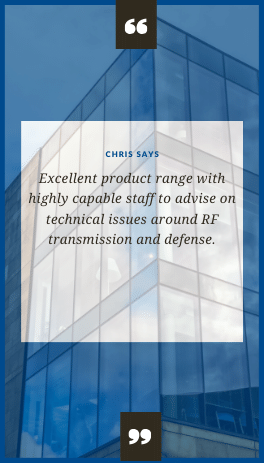