We’ve all heard the nightmare stories about the nation’s opioid epidemic – since 2008, drugs kill more Americans than car accidents, a first in the nation’s history. Unfortunately, like many problems, the drug problem is spilling over into other areas of our culture, with particular impact on drug-related burglaries.

One 2016 study by Pharmacists Mutual Insurance Company came to the following startling conclusions:

Pharmacies are not the only targets of drug-related burglaries. Medical and recreational marijuana dispensaries have consistently been hit by break-ins since the inception of legalized marijuana, as demonstrated by these stories from Washington state, Nevada, Michigan, and Montana from just the past three months. Surveillance footage from this Las Vegas break-in shows exactly how the perpetrators managed to steal $40,000 of marijuana despite having been caught by the police.

Those of us in the DC, Maryland, and Virginia area are probably aware that Maryland is in the final stages of setting up its medical marijuana industry after the state legalized medical marijuana four years ago. As part of this, the Maryland Medical Cannabis Commission (MMCC) has prescribed stringent security requirements for every step in the sales process, including for dispensaries. Dispensaries will be required to maintain secure rooms for cannabis inventory that meet commercial security standards, to put in place video surveillance systems, security lighting, alarm systems, and to have clear public and non-public areas of their premises. At the same time, the April break-in at a Friendsville pharmacy is a reminder that the trend for pharmacy and cannabis dispensary break-ins is coming to Maryland.

So, what else can marijuana dispensaries or pharmacies do to prevent break-ins? Given the low-tech tools often used by burglars, protecting your storefront glass is a great way to upgrade your security in a cost-efficient yet highly effective way. Ballistics glass and detention laminates can create barriers that deter all but the most sophisticated burglars from entry, as evidenced by this video by 3M, a major supplier of high-security glass laminates. We recommend that you don’t try to go it alone, however.

We have much more about building and physical security. 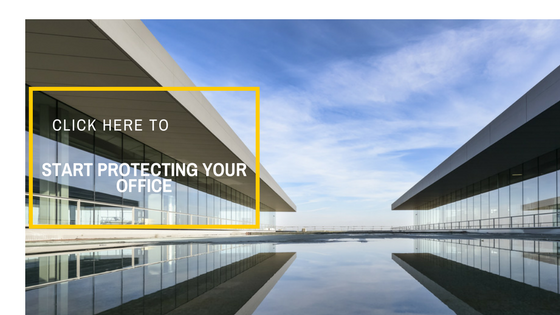