What is EMI Shielding and Why Should you Care?

What is EMI Shielding and Why Should you Care?

If you've ever experienced Wi-Fi Internet issues around your home, part of the troubleshooting that your provider may put you through might consist of assessing your router's position in your home and determining if it's often dealing with electromagnetic interference. Electromagnetic interference, or EMI, can occur when you're in the vicinity of any device that emits such signals. In a household environment, this might include microwaves, cordless telephones, sensors, Bluetooth speakers and more. It’s typically resolved by simply repositioning your router to reduce this interference.

However, while a simple adjustment may work in your home, it might be a different story in the workplace. This post will take a closer look at EMI, EMI shielding and why you should care about it. Read on for more:

Electromagnetic interference is a disruption from an external source. It specifically impacts an electrical circuit via either induction, electrostatic coupling or even conduction, likely hurting a particular device’s performance or causing it to fail altogether. EMI is also commonly referred to as RFI, or radio frequency interference. Sources of EMI may include natural phenomenon (i.e., solar flares, lightning, etc.) or existing man-made devices (i.e., cell networks, microwaves, etc.).

There are two general types of EMI: narrowband and broadband. The former is typically caused by the likes of radios, TV stations and/or mobile phones, while the latter type of interference typically has electrical power lines to blame. The most common type of interference, however, tends to happen in the RF range of the electromagnetic spectrum. It usually consists of energy that’s radiated by things such as circuits, power lines, lightning, lamps and applicable motors/engines.

While we already discussed the Wi-Fi issues EMI can cause in residential environments, it can also impact electronics in commercial buildings. And when it does, hardware can be ruined, data can be lost and productivity can be wasted.

Being that EMI can cause an electronic product to either work improperly or fail altogether, it makes sense to safeguard potentially affected products in any way possible. A solution is to administer some sort of EMI shielding technology to ensure that products continue to work as they’re supposed to even if there’s interference present. One specific solution is an EMI shielding gasket, which consists of either metal or plastic parts that fit directly into electronic housings or compartments to help negate any interference. Conductive silicones are another potential option. Window films can also help minimize EMI, particularly in commercial environments.

Why is EMI Shielding Important?

It’s important to account for EMI shielding for numerous reasons. On the product development side of the spectrum, a company’s product is only as good as it performs once it reaches the end user. If a particular electronic continuously fails, that won’t reflect well on the company. Developers are increasingly challenged in fighting EMI due to smaller, faster operating electronics that make interference more difficult to manage overall. However, failure for designers and engineers to account for EMI will almost certainly lead to a faulty product.

Additionally, EMI can also be an issue for workers who regularly handle large amounts of big data or confidential data, as interference can jeopardize the mediums that they access such information on.

As you can see, EMI isn’t something that you want to overlook, both from the product development side and from the workplace environment side. Regardless of your situation, EMI shielding should be considered. While gaskets and conductive silicones are an option from a product perspective, one other consideration may include the appropriate type of window film to better safeguard office locations from interference. 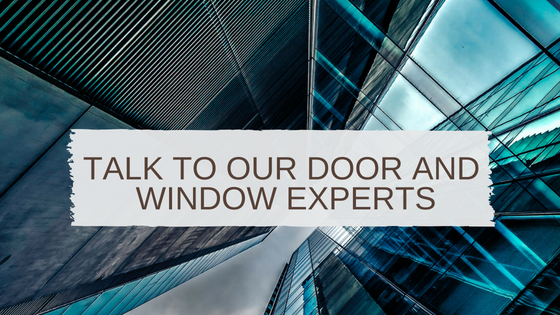